Home » The Legal Binding of E-Signatures

The Legal Binding of E-Signatures 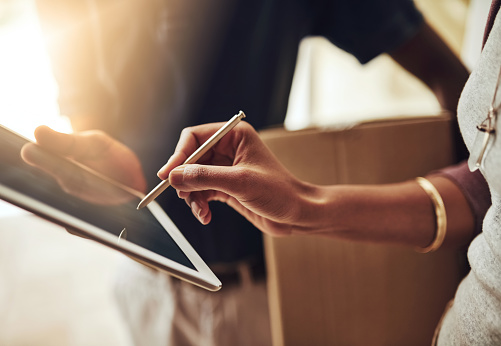 Digitalization has permeated practically all aspects of human efforts, and this is no longer fresh news.

The internet has advanced far beyond what it was back in the Stone Age, with everything from online banking transactions to even online shopping being possible.

What Exactly Is an e-Signature and How Does It Work?

E-signatures, which are analogous to your inked signature, are a one-of-a-kind and digital way for you to confirm your agreement to a piece of writing.

One method of signing an e-signature involves the use of an e-signing tool, which allows the user to either click or draw the e-signature with a computer mouse.

However, the presence of an e-signature on a document does not imply that it has been legally approved or rejected; rather, approval or rejection is dependent on a number of circumstances, which we will discuss in more detail later.

Is it Possible to Establish Legal Validity for Electronic Signatures?

Yes, e-signatures are becoming increasingly common and are getting widespread recognition.

In truth, e-signatures are very binding in the United States, most third-world countries, and other parts of the world, including the United Kingdom.

One concern remains, however: does an e-signature on a document confer legality of electronic signatures.

Even though there is no definitive solution to this topic, the truth remains that a document signed electronically has the same potential validity as a traditional ink-signed document in some circumstances. However, in order for a document with an e-signature to be considered legally binding, it must contain three essential features. These are as follows:

Verifiability of the signatory’s identity is required before any document bearing an e-signature may be considered legally enforceable.

When possible, it is possible to verify the identity of the signatory by using several techniques such as an electronic identification card, SMS, or email.

The fact that none of the techniques of verification discussed above is 100 percent secure must be noted at this point.

2: What Was Signed and What Was the Intent Behind the Signing

The next factor that influences the legal status of an e-signature is the content of the document that was signed with the electronic signature.

Second, when it comes to determining whether or not a document with an e-signature is legally enforceable, the purpose of the signatory is extremely important to consider.

The document becomes legally binding once all parties involved have signed and the final signatory has provided an electronic signature to indicate agreement to the document’s content.

If there is more than one party who is expected to sign the document, the document is considered legally binding once all parties involved have signed and the final signatory has provided an electronic signature to indicate agreement to the document’s content.

An e-integrity signature is determined by determining whether or not it has undergone any modification since it was signed.

More importantly, in order for a document signed using an e-signature to be legally enforceable, it must be retained in its original form, without any modification, once the persons involved have signed the document.

A document containing an e-signature based on Public key infrastructure (PKI) must be hashed and signed with an asymmetric encryption key pair in order to be valid.

Because the integrity of the document is preserved in this manner, even a minor alteration will result in a completely different hash value, which may readily be used to determine whether or not certain alterations have been made to it.

The Bottom Line is As Follows:

In addition to the present increase in the popularity of e-signature, there are also disputes over the legal status and validity of a document that has been signed electronically.

To be considered legally binding, a document containing an e-signature must have a number of essential features. These requirements are listed below.

A few examples of these include verifying the identity of the signing, the content and intent of a document, and ultimately ensuring that an e-signature is not tampered with or altered in any way after it has been created.

When any of the parts listed above are missing from a document with an e-signature, it is clear that the document cannot be honored or submitted for consideration in certain legal proceedings. Use the DocuSign competitors for sign legal documents.