Home » What is BS Emergency and Intensive Care

What is BS Emergency and Intensive Care 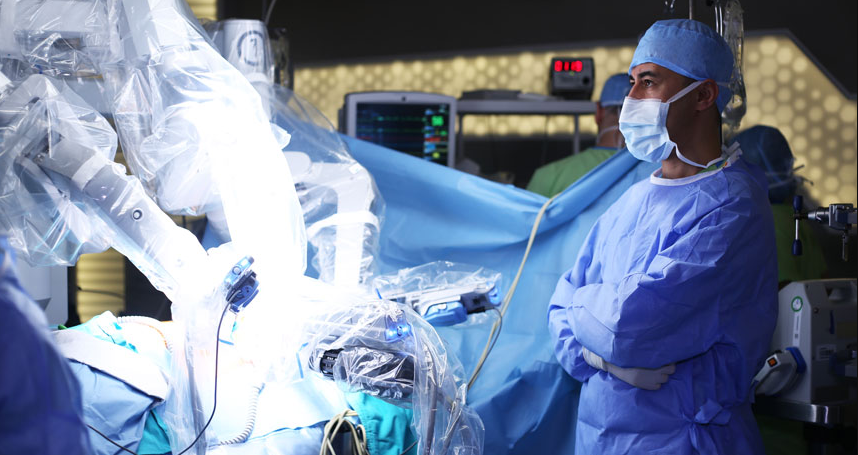 Emergency technology is a field of practice based on the knowledge and skills required for the prevention, diagnosis, and management of the acute and urgent aspects of illness and injury affecting patients of all age groups with a full spectrum of undifferentiated physical and behavioral disorders.

The students who have studied the following subjects Physics, Chemistry, and Biology in their PUC/12th or equivalent from the recognised central or any state board across abroad are eligible to apply for B.Sc Emergency Medicine Technology.

Over the last quarter of a century, intensive care medicine has developed into an established hospital specialty with its own unique identity and characteristics. Significant advances have occurred, mostly in a succession of small steps rather than any dramatic leap, with many being linked to advances in health care across other disciplines. In addition, many changes have resulted from the scientific identification of the detrimental effects of certain traditional practices once thought to be therapeutic.

Here, in an attempt to learn from the past and offer guidance for future progress, we detail some of the key changes in various aspects of intensive care medicine including respiratory, cardiovascular, metabolic, and nutritional care, as well as sepsis, polytrauma, organization, and management.

Considerable progress has been made in the development of modern respirators. The bulky giants of 25 years ago have been replaced by slim-line, portable models. The elements that impact the work of breathing during assisted ventilation are now better defined, and the performance characteristics of ventilators valve resistance, flow delivery, and monitoring have also been improved.

Despite improvement in some hygiene measures, nosocomial infections remain an important and widespread problem.8 In particular, the emergence of multiresistant organisms has even led to the temporary closure of some units. Belatedly, more rapid screening tools and diagnostic techniques based on molecular probes are being developed, which should facilitate early identification of pathogens, resulting perhaps in more effective isolation of patients and earlier institution of targeted antibiotics.

We now understand much more about the pathophysiology of sepsis and sepsis-related syndromes, although there are still many gaps in our knowledge. We recognize that sepsis represents an exaggerated systemic inflammatory response triggered by infection rather than a direct attack on the tissues by microorganisms that antibiotics may or may not kill.

The need for invasive hemodynamic monitoring has been increasingly challenged,17 and its use has decreased over the last decade.18 Other less invasive techniques have been developed, but whether this results in improved outcomes in all patients remains to be seen.

Thrombolytic therapy has been simplified for patients with acute myocardial infarction (AMI), and invasive percutaneous interventions are more commonly applied in acute coronary syndromes in many settings with suitable facilities.22 For some patients with AMI, prehospital thrombolysis can save lives in appropriate circumstances, particularly when invasive procedures would not be readily available.

There have been few systematic studies in human cardiopulmonary resuscitation (CPR); hence, almost all the changes in recommendations over the last 25 years result from low-level evidence.

Trauma care has improved considerably over the past 25 years, largely from combined improvements in assessment, triage, resuscitation, and emergency and intensive care. The development of trauma centers has continued to evolve in North America with data supporting their efficacy.

Monitoring the brain remains difficult, although intracranial pressure monitoring is now widely used. Tissue oxygen monitoring or microdialysis techniques have become available, but how they contribute to decreased complications is hard to define. We still lack good markers of cerebral damage, so that the evaluation of cerebral lesions remains largely based on the Glasgow coma score and neurologic status. Evaluation of cerebral blood flow and oxygen availability at the bedside remains difficult.

Stricter control of blood sugar levels has been shown to decrease mortality in a mixed group of ICU patients, primarily surgical, many being admitted after cardiac surgery.30 Trials are underway to try to better target the most beneficial glucose level in medical-surgical ICU patients.

The concept 25 years ago was to administer relatively high caloric intake to cope with the catabolic state, and that we could administer this support parenterally just as easily as enterally. Since then, we have learned that gut-associated lymphatic tissue represents a major immune barrier and that enteral feeding promotes its activation.

Increased use of liver transplantation has reduced mortality from acute liver disease.33 The application of extracorporeal systems such as the molecular adsorbent recirculating system has not been shown to decrease mortality.

The development of continuous techniques of blood purification and fluid regulation enables us to avoid the “ups and downs” of intermittent dialysis on fluid, electrolytes, and osmotic shifts/balances. Initially developed as a simple arteriovenous circuit, the technique has evolved into a continuous venovenous system with relatively complex instruments.

The use of blood transfusions has decreased, especially after an important prospective, randomized Canadian study37 showed that a conservative approach to transfusion may result in lower mortality rates. This may be related to immune effects as the same investigators have shown improved outcomes with leukodepleted blood (against historical controls).

Critical care medicine is driven by the organization of health-care delivery, and this is the area where we have seen the most obvious improvements. Observational studies42 have shown that a closed ICU with an ICU physician in charge of a multidisciplinary team doing regular rounds is associated with a shorter length of ICU stay and lower mortality. Daily rounds at the bedside can reduce the rate of complications.

Pioneered in Australia, now widely adopted in the United Kingdom and being introduced elsewhere in the world, is the development of “outreach” services or medical emergency teams to the general wards to both identify and treat at an earlier stage patients who are deteriorating and at risk of becoming critically ill, and to follow up patients discharged from the ICU to ensure that adequate care is being provided in this “step-down” environment.

One of the major advances in intensive care medicine has been the advent of the large, multicenter study not directly related to a new commercial product but organized by critical or intensive care societies or a government-funded body to address an important management question.

Many recent advances have occurred as a result of bench-to-bedside testing of hypotheses, and large collaborative clinical research networks. These efforts have had globally positive effects, yet we also acknowledge that many of our interventions have been deleterious (such as mechanical ventilation with high tidal volumes, RBC transfusions, and excessive sedation).

Progress in intensive care medicine has been considerable over the past quarter century, accomplished usually by a succession of small steps rather than by any one dramatic change, and linked to advances in health care across other disciplines. Importantly, we have learned that not everything that improves physiologic measures improves survival; thus, physiologic surrogates need to be tested in large-scale trials whenever feasible.